Home > Blog > When working with clients from India…

When working with clients from India…

India, with a population of 1.353 billion people, is linguistically diverse with hundreds of languages and 22 scheduled (official) languages.

And over 2.6 million people born in India are currently residing
in the US!

So what are some of the most common Indian languages that you are likely to encounter when working with a client from India?

With 322 million native speakers and 270 million second languages speakers, Hindi is also the most spoken Indian language in the US with more than 863,00 speakers (as of 2016). Our Hindi interpreters are keeping busy, especially since many of them speak multiple Indian languages!

But it would be an error to assume every LEP from India speaks Hindi. The number of Gujarati (434,000) and Telugu (415,000) speakers in the US is close behind. And Telugu is the fastest growing Indian language in the US with an increase of 86% of speakers in the last decade.

Other fastest growing linguistic populations in the US include Bengali (57% growth) and Tamil (55.4% growth) with more than 3 million speakers living in the US combined. Though Bengali is also spoken in Bangladesh and Tamil is spoken in Sri Lanka, Singapore, and Malaysia so the country of origin may not necessarily be India.

And even though spoken Hindi and Urdu may be mutually intelligible, 96% of speakers of Indian languages belong to one of two linguistic families: 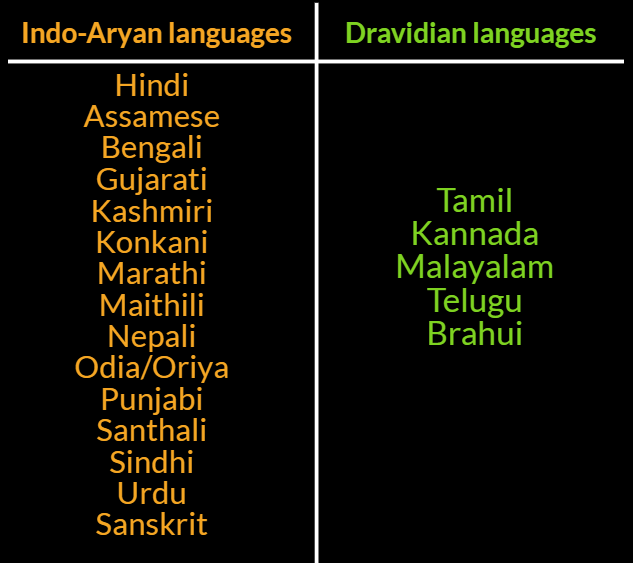 How is that relevant when hiring an interpreter?

Many interpreters work within multiple languages, generally related languages within a linguistic branch. But that does not mean that if an LEP speaks one language within a branch, they speak or understand any of the others. It is always prudent to ask which language they feel most comfortable speaking. Though, don’t be surprised if they list more than one.