Have you ever used an interpreting agency or hired an individual interpreter for your language needs? Have you placed your request and received an answer: “Let me check the interpreter’s/my schedule?” Have you ever wondered why that is? How come interpreters are not always available when an agency or client needs them?

It’s because the majority of linguists work as independent contractors, servicing multiple clients and at least a handful of agencies.

The majority of agencies, and even state and federal courthouses, don’t hire full-time interpreters and translators. Some larger entities will have a few full-time employees, mostly Spanish interpreters, but the needs of clients are so expansive and diverse it would be impossible for only full-time staff to fulfill them all!

Even if an agency’s focus is narrowed down to a single field such as legal or medical, too many factors, including a possibility of over 200 languages/dialects that are typically requested in the U.S., go into choosing the best-matched linguist. It just makes sense to screen and interview as many independent contractors as possible, form relationships with them, and then reach out for availability when a specific need arises.

Similarly, linguists prefer to work as independent contractors because they can make their own schedules, set their own rates, be picky about the agencies they work for or the cases/projects they take, and don’t have to worry about receiving payment for services rendered because agencies pay on time regardless of whether their clients do. During any year, linguists can work for dozens of different agencies as they see fit.

However, in recent years with California’s AB5, New Jersey’s ABC test, and now the federal PRO Act bill that passed the U.S. House and is now pending in the U.S. Senate has threatened this relationship and both interpreters/translators and agencies are speaking out against them.

What is the PRO Act?

The PRO Act, or the Protecting the Right to Organize Act, is a federal legislation that aims to make the process of forming a union easier for workers and bargaining units under federal labor law. The bill includes a section on classification of workers. This section applies a 3-part test on whether a worker can be an independent contractor. It is designed to protect “gig economy” workers such as Uber drivers and Legal Interpreters LLC stands behind the original purpose of this bill.

The issue is that interpreters and translators are not “gig workers”, they are highly skilled and educated professionals, majority members in professional associations, with degrees and certifications in the field, including state and federal certifications. And these bills don’t have any accommodation for freelance status of the more than 75% of linguists who work as independent contractors. What this means is that if passed, those dozens of agencies they work for would suddenly become employers.

So, what’s the issue with having dozens of employers?

The most obvious one is scheduling. We already established that few agencies have the work to hire all the linguists they need full time, especially in the 200 languages other than Spanish.

So linguists would still need to work for dozens of agencies, but now each one would have the power to require them to work jobs at specific times. How would conflicting schedules be resolved? Would the linguist need approval from each agency if they wanted to take a vacation? Or just needed to pick their sick kid from daycare?

It would as well deny linguists the right to refuse certain jobs. As independent contractors, linguists have the right to refuse any offers based on whatever arbitrary criteria they want. They don’t even have to tell agencies why, just say “not available” and it has no effect on the relationship. But with employee status, that would remove the freedom linguists have of assessing the offers on a case-to-case basis and determining whether they want to take on the assignment with no oversight.

Again, employee status would take away this power.

What about the agencies?

Section 101(b) of the PRO Act is a 3-part test on whether a worker can be classified as an independent contractor. The second prong requires that the work of a contractor be “performed outside the course of the business of the employer.” Since language agencies specialize in matching linguists with clients, they all automatically fail this prong. It would then require language agencies to “hire” all their interpreters and translators as employees and all that that entails.

Suddenly, these language agencies would gain thousands of employees… all of who have dozens of employers.

Basically, this arbitrary imposition of employee status would make it impossible for tens of thousands of linguists to work in the U.S. and would put many language agencies, the vast majority of them small businesses, and their employees out of business!

What effect would it have on clients of language agencies?

This law would in effect put many smaller agencies out of business. These smaller agencies tend to be more client-focused and put in more work to find the right match. They typically take into account many factors in addition to language/dialect needs, such as subject matter expertise, interpretation mode, complexity, certifications, past experience, location, etc. Then they search through their interpreter databases to find the ones that best match those criteria hoping their matches are available.

Larger agencies, on the other hand, have more streamlined processes which work great for standard requests but are not as great when faced with unique needs, especially for clients with low volume of requests. The process is typically automated, where a computer system matches the client with an interpreter based on the basic factors like language, availability and required certification if needed.

The other option would be to search and screen their own linguists, which would involve each client learning where to find listings, how to screen for credentials and match them with their needs, and not having a backup if there are any last-minute issues.

Who else will be affected?

The PRO Act not only threatens the livelihood of U.S. freelance interpreters and translators but also endangers the lives and access to critical services of LEP and Deaf and Hard-of-Hearing individuals. This test gives a strong preference to “employee” status in an industry where professionals overwhelmingly prefer to be independent contractors, affecting their incomes and job availability. It is also detrimental to providing prompt services to LEP individuals (especially speakers of uncommon or rare languages) jeopardizing section 1557 of the Affordable Care Act mandating access to language support, as well as risking the ability to provide Sign Language interpreters for Deaf and Hard-of-Hearing individuals as mandated by the Americans with Disabilities Act (ADA) of 1990.

Flexible freelance coverage and ability to contract with multiple referral agencies is an absolute must to provide the services needed to bridge the gap. This allows for more assignments to be filled and more people receiving mandated and necessary accommodations.

What about state bills that already passed such as California’s AB5 and New Jersey’s ABC test? 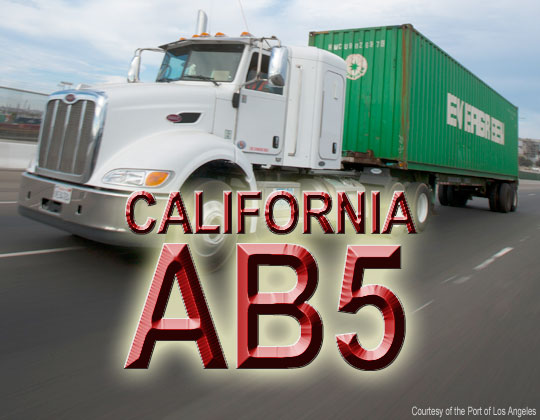 International Association of Conference Interpreters (AIIC), The American Association of Language Specialists (TAALS), etc. joined in to advocate for adding interpreters and translators to the exceptions list.

Legal Interpreters LLC joins the voices of our independent contractors in opposition to the PRO Act, specifically in adding the interpretation and translation industries to the list of exempt industries.

The following links provide more information about the PRO Act and the response of the interpretation and translation industry: