Home > Info > What it takes to become Court Certified?

What it takes to become Court Certified?

When hiring a certified interpreter, you are getting someone who has been vetted by the courts through a series of background checks, exams, and continuing education requirements. It doesn’t necessarily mean that the interpreter is more qualified or professional than a non-certified interpreter, but it does mean that an interpreter went through an arduous and costly process to demonstrate their qualifications, and expect their compensation to reflect that.

Certification requirements between states differ since each state can set its own rules and regulations. Also, depending on the state, some or all steps in the certification process may require out of pocket fees. In general, court certifications usually contain the following elements (included are their associated fees):

*Note: The oral exam is only available in some, more common languages. Those interpreting in languages that do not have an oral exam on offer will complete the other steps in the process and obtain some sort of registered status with the courts.

The exams are typically only offered twice a year (or less). Due to the fact that the next portion of the exam cannot be taken until the previous one is completed and graded, obtaining the “certified” status is typically a 2-year process which starts after an interpreter is already established, trained, and working in other settings. 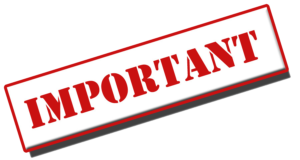 While the average overall cost of becoming certified is about $400-$600 across the states, that cost does not include income lost due to attending portions of the certification process as well as the cost of prep courses. Taking a prep course will increase an interpreter’s chances of passing the certification exam while providing additional exercises and tips for simultaneous interpretation and court terminology, practices, and procedures.

Online: For example, a 9-month certificate program in court interpreting through a private company affiliated with an educational institution can cost about $2,200. Single prep courses can be found online costing between $300-$350.

In-person: Many in-person certificate courses are provided through universities/colleges, typically consisting of 18 to 21 credit hours and costing about $200-600/credit. One-day or weekend workshops offered by private companies cost, on average, between $300-$600.

The fail/pass rates and how many candidates sit for an exam vary by language. For the 28-year period that New Jersey has kept statistics, only 2 interpreters have sat to take the Croatian oral exam, and both have failed; compared to 139 individuals who took the Haitian Carole exam (60% failed) and 2,580 people who took the Spanish exam (68% failed).

The pass rate on the federal court interpreter exam is about 4-5%! Much lower than the 59% reported pass rate for the bar exam in 2015.